Are energy prices high enough to align with our net zero goals?

Amid the cacophony of calls for the government to shield the population from the seemingly ever-increasing energy price cap, debates on whether energy should be rationed this winter and the new government’s willingness to write a blank cheque, there is depressingly little spoken about the need to upgrade our housing stock.

It was a pleasure to be involved as an expert witness in Sir John Armitt’s commission into pathways to decarbonise heating which was published quietly in July this year. Coming out shortly after Boris Johnson was forced from office, it is not surprising this got less press than it deserved.

The report does not shy away from the scale of the problem “Heat for buildings causes 23% of Britain’s total greenhouse gas emissions, and for housing alone causes 17% of emissions. Unless we replace 24 million gas boilers, we will never reach net zero.”

Or the poor progress to date: “Building heat emissions have fallen only 19% since 1990 compared to 42% for the entire economy and far more for electricity generation. Building heat emissions now need to shrink 24% by 2030 to get back on track for our legally binding 2050 net zero target. In other words, we need to cut emissions from heat more in the next eight years than we have in the past 30”

Recognising the criticality of the task in hand it also sensibly advocates a similar approach to that taken for the London Olympics – there is an absolute deadline and plans should be made accordingly; which here translates into basing plans only on technology available today.

The root of the problem is how to insulate the UK’s notoriously draughty housing stock. The report estimates there are 28 million homes which need to be brought up to standard and taking one of these older properties, applying external insultation, integrated solar panels and air source heats pumps – to get somewhere near net zero – costs in the region of £55,000 (20% of the price of an average home in the UK). The Commission hopes that with scale this can be brought down to £35k.

Nationally, these numbers are eye-watering. £11-1.5trn against a total national debt of £2.7trn. But it is perhaps less intimidating in the context of recent house price growth – 10% over the last 12 months according to Nationwide. 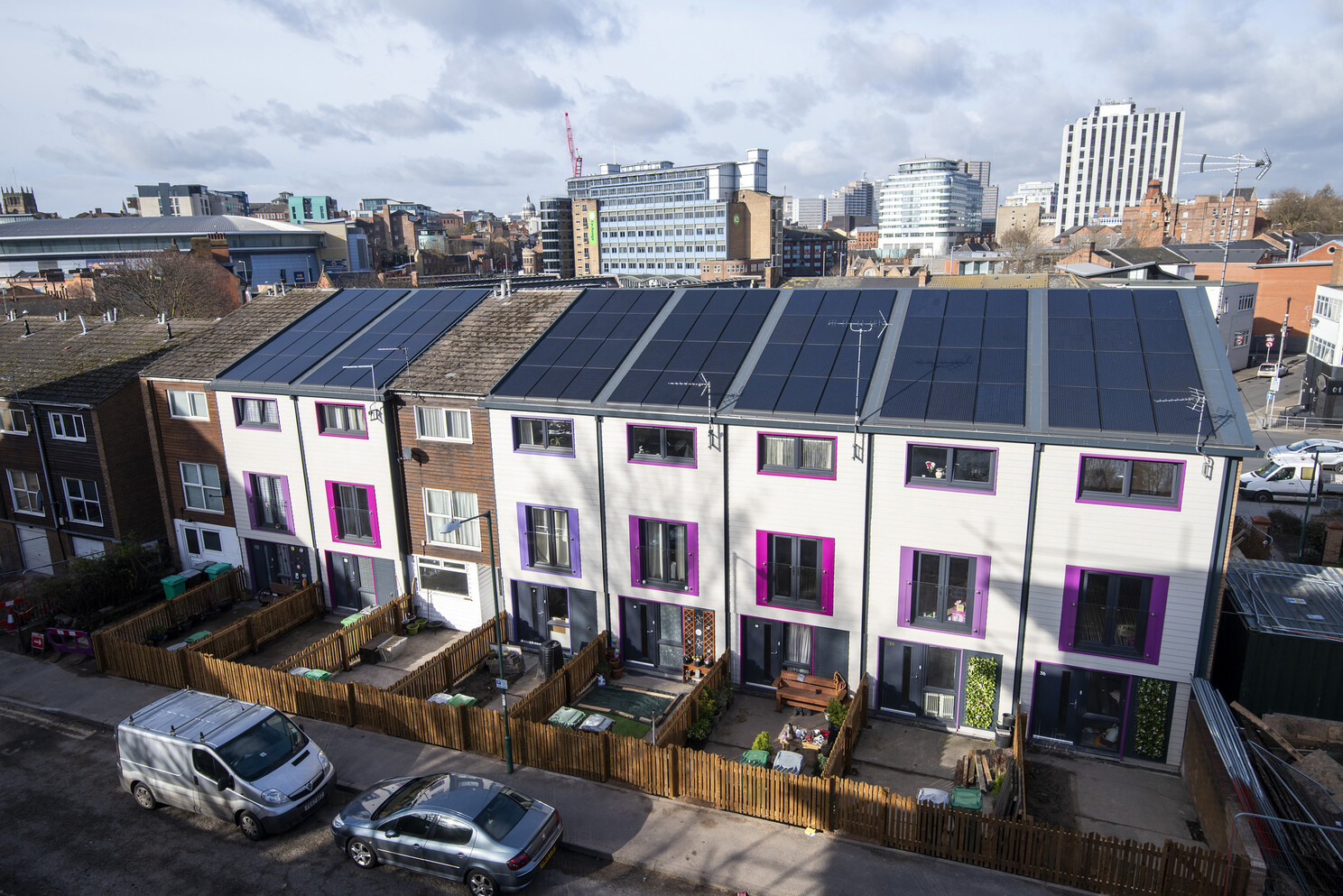 At current energy prices, these net zero measures are still not commercially viable. From 1st October OFGEM had intended to cap the average annual energy bill at £3,500 (11% of householder disposable income). If 80% of this could be saved with the measures highlighted above, assuming a cost of capital of 5% and noting only 70% of this cost is the wholesale cost of energy, £28,000 of net-zero measures could be afforded from the savings over 25 years. The cap would have to increase to a staggering £6,900 to justify the current £55,000 estimated cost.

There are challenges around delivering this – gearing up the supply chain and credit risk to name two – but nothing that feels insurmountable. However, the element which does feel beyond the capability of the private sector (whether households or funders) is the volatility around energy price. Should energy prices drop to 2019 levels in the next year or two, households who have committed to the net zero retrofit will be significantly out of pocket.

There have been many proposals put forward over recent months to protect households from the recent high energy prices but what is really needed, from an environmental point of view, is more certainty over what people expect to pay over the next 25 years.

This could be done through a carbon tax, or a more direct intervention in the energy supply market nationally, but without this certainty only the very greenest will make these investments.

There are monetary, social, and environmental costs to rolling fibre networks out across the country. Network operators are planning to spend £35bln over the next five years. Manufacturing the fibre, digging the trenches, and transporting work crews all come with an environmental cost. Can fibre to the home more than offset these costs? ...Read More

Seven years since Paris, as an industry are we doing enough on climate change?

The Intergovernmental Panel on Climate Change (IPCC) recently published the 6th edition of its reports on climate change mitigation. An impressive tome put together by over 600 scientists from 65 countries – which is apparent both from its diligence and accessibility ...Read More